Kat Von D: “Jesse James Cheated On Me With 19 Women” 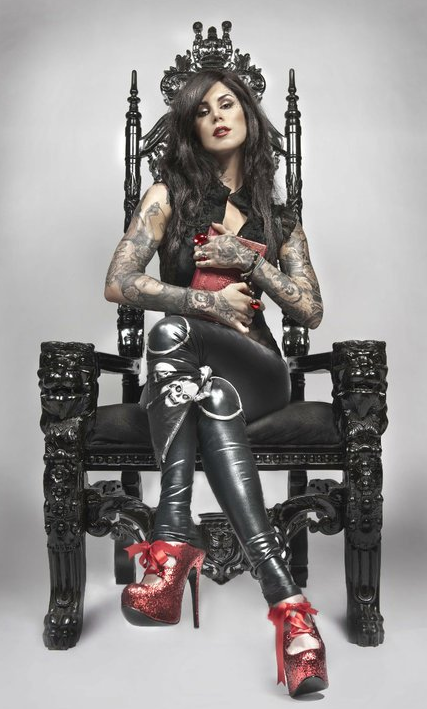 Hmmm. Should we be at all surprised? Um no! And she knows it too! Kat Von D posted this long, uncomfortably open confession on her Facebook page to her fans. In it she states that she waas in a very toxic relationship with Jesse James who cheated on her with 19 different women. Sick. Sick. Sick.

Here are the “highlights”:

“Today I encountered the 19th girl to add to the list of people Jesse cheated on me with during this last year.”

“I know I deserve a big fat “I told you so,” from everyone, and wish I didn’t have to say, “You all were more right than you’ll ever know” but you were.”

“This is about me making peace with myself, and forgiving myself for making some bad mistakes. ”

” Because right now, for the first time in my life I have felt regret, (for someone like me, who’s never felt that before, this is hard to say out loud).”

So I guess that it’s safe to say, anyone who touches Jesse James with a even a ten foot pole from here on out is asking, wanting, begging for heartbreak and STDs…..