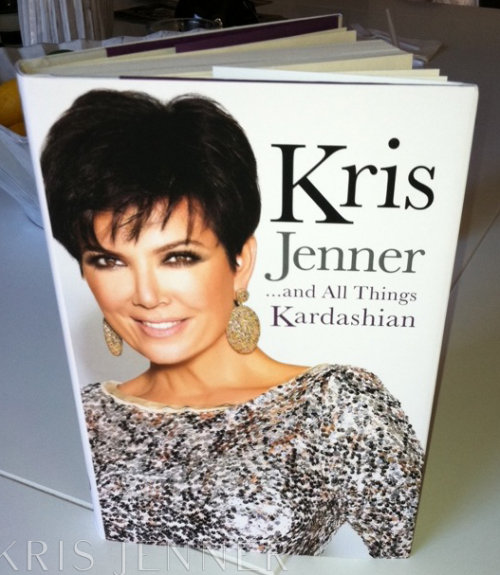 Okay.  Maybe Kris Jenner did cry over her daughter Kim Kardashian’s sex tape.  But you know that those were tears of pure joy.  Without that sex tape, the Kardashian empire wouldn’t exist.  Kim would still be working at a boutique in the valley and Kris would be looking for other ways to fund her face lifts.

Kris Jenner has proven how shallow and heartless she really can be time after time and it’s always clearly documented on their shows.  Clearly she has no shame whatsoever.

In her memoir, Kris Jenner…And All Things Kardashian she admits that she “cried for days” over Kim’s sex tape with Ray J.

“Hell, yes, it was dumb.  But she never did drugs, never even drank, never did anything that could prove embarrassing to her. I know for her to do something like that, completely sober, had to be an honest mistake.”

Jenner of course wanted to block the tape…. so she says.  But somehow, it was impossible.

“It was a horrible time for our family.  That kind of thing is devastating, embarrassing, expensive and draining. Kim and I cried for days.  We were so upset and anxious. Kim knew she’d made a huge mistake and she had disappointed her family. She was so embarrassed that anyone saw her like that.”

How can she possibly ever think that we would believe that sob story?  The million dollar question that people are always asking is, Why are the Kardashians famous?  Duh, it’s because of Kim Kardashian and Ray J making a sex tape and then “leaking” it onto the internet. That’s how.  I think that the only thing Kris Jenner would change is that she would have had her do it sooner.  Much sooner.  Get their empire off the ground years earlier.  Yep.  She’s that twisted.

I actually, personally like the rest of the family.  I just can’t stand Kris Jenner.  Still, the best impression of her was two weeks ago on SNL.  Kristen Wiig NAILED it.  If you somehow missed it, you have to check it out NOW.