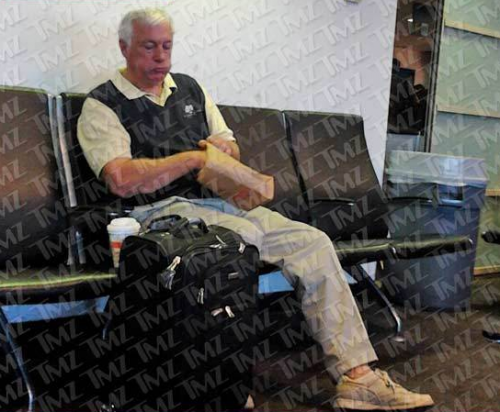 Just looking at this rapist, former Penn State coach, Jerry Sandusky makes me throw up in my mouth.

TMZ spotted the piece of crap at LaGuardia Airport in New York City this morning, stuffing his face with donuts while he waited for his flight.

I can’t believe that he had the nerve to show his face at all.  He wasn’t even wearing a ball cap trying to hide who he was.