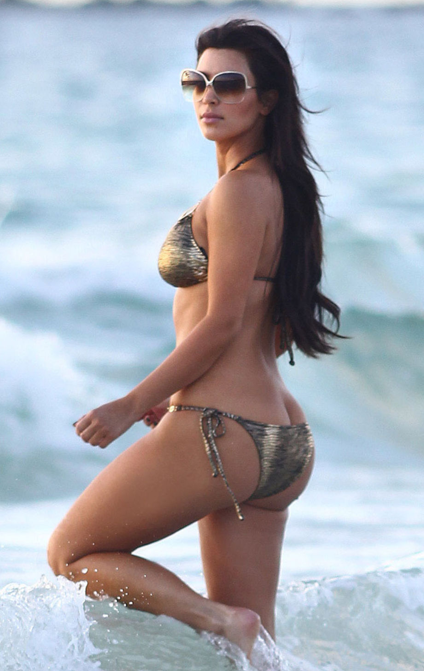 Oh. My. Word.  Are we really going there?  Oh yes.  You better believe it?  This is Hollywood gossip and like it or not, Kim Kardashian is very Hollywood.  Don’t like it?  Move on.  There are plenty of other stories to read up on.  Okay, so what’s the latest “juice” on Kim and her soon to be ex0husband Kris Humphries?  Well, none of what I am about to reveal should surprise you at all if you watch the show… or at least watched the wedding special.  Kris clearly did not like Kim’s family and they didn’t like him.  And well, Kim and Kris really didn’t like each other.  The fact that Kris was all butt hurt that Kim didn’t want to change her last name to Humphries was ridiculous.  Seriously?  How many celebrities change their names?  Like none!  And for Kim, who has an empire going with her name attached to it would be committing business suicide by changing her name.  Ugh. Kris acting that that amongst many other little “issues” showed how much of a spoiled, sissy, momma’s boy he really is.  Sorry.  But that is a major turn off for this girl (and obviously Kim too.)

Okay, so back to the new stuff.  New sources have revealed that Kris picked at Kim about her weight, her belly, her arms being flabby, essentially in the end calling her fat.  OMG.  It gets worse too.  Kris allegedly has spilled the beans to his friends about how Kim’s butt isn’t really legit.  Like it’s not 100% hers.  Well, what about that x-ray?  Okay, so she doesn’t have implants.  But an x-ray wouldn’t reveal butt injections (Brazillian butt lift) or all the other “perks” she gives it before she gets dressed.

“Kris told his buddies that it takes a lot of work for Kim to make her bottom look as good as it does.  He knows what the real thing looks like – because he’s reported it on his cell phone camera!  Despite what Kim said on her show, I think she has definitely had fat injections in her butt.  Kim would never call it a Brazilian butt-lift, but that’s essentially what it was.”

This guy is claiming that Kim uses butt pads, Spanx, and other butt enhancers.  Well, if that crap is true, guess what?  A TON of women use those things too!  Duh!  Don’t ALL women use Spanx?  Geeeez.

All that butt padding talk, come on!  We’ve see the bikini shots of Kim’s famous rear… that was NOT padding.

Anyhow, there you have it.  Kim is divorcing Kris.  If half of this stuff is true, wouldn’t you divorce him too?