Survivor: Whitney Duncan and Keith Tollefson – The TRUTH Behind The Affair 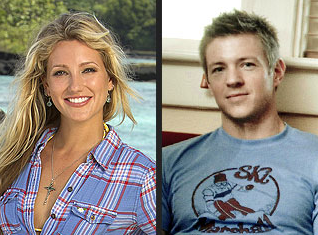 In case you are out of the loop, I will bring you up to date.  This season of Survivor has two very sneaky contestants.  We just didn’t know it until recently because of the great editing.  You’d never know that Whitney Duncan and Keith Tollefson (pictured below)were hooking up on the show.  BUT, when you think about it, remember just how pissed of Whitney was when Cochran flipped and sent Keith to Redemption Island?  She looked ready to kill him!  She got IN his face saying, “You disgust me.” and several other harsh things.

Well now it’s like duh… that is her boyfriend that just got sent packing.  Who’s going to keep her warm at night?

Well, here’s the kicker. Whitney is married.  Yes. Married.  She wasn’t separated when she left to film Survivor.  It wasn’t until she returned from filming the show that she called her HUSBAND, Donny Fallgatter (pictured above).  He’s a Nashville musician as well.  They have had an odd marriage.  Never telling even their friends or family that they had tied the knot.  They said they were engaged.  That’s it.  So anyhow, when Whitney called Donny to tell him she’d fallen for Keith on the show, that’s when the marriage ended.  They have already gone through all of the divorce proceedings (as of Nov. 8th) but are still waiting for the final sign off from the judge.

It seems though that Whitney’s camp is trying to play it off like the marriage was already over before she left for the show.  That’s not the case.  Fallgatter was blindsided by the news and had no idea she would come home from filming in love with another man.

So there you have it.  Sorry if I ruined your perspective of Whitney for the rest of the season.  She is certainly not the sweet, southern girl she plays herself off to be.  Wow. 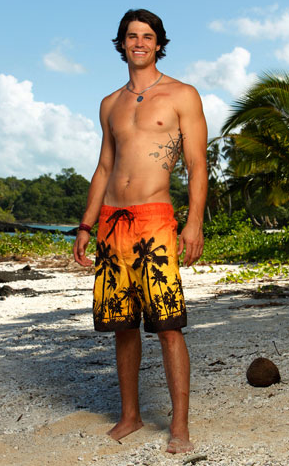