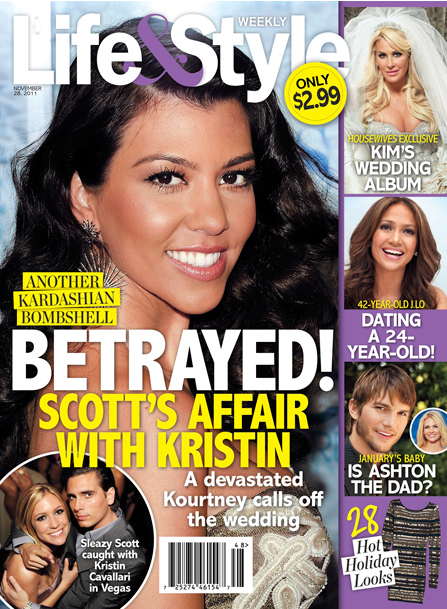 You have got to be kidding me.  I thought that Kristin Cavallari had better taste in men.  I mean, Jay Cutler is no babe, but he’s not the scum of the earth like Scott Disick.  If this report is true, I am going to throw up in my mouth.

All of the pals and “sources” are coming forward, spilling the beans about an on and off again affair between Scott and Kristin.  I don’t know how much stock I’d put into it if it was SCOTT DISICK we were talking about.  Still I am a bit shocked that Kristin would be like that.

Apparently the reason that Scott wasn’t at any of the early tapings of Dancing With The Stars (to support Rob Kardashian) was because Kourtney Kardashian banned him from there until after Kristin was eliminated.  OMG.  That actually makes sense!

So.. Kristin and Scott have been hooking up off and on for years.  Mostly in Las Vegas.  That makes sense too.  Both of them LOVE to party in Sin City.

I think that we are going to see the end, the real end for Scott and Kourtney on the upcoming season of Kourtney & Kim Take New York.

Stay tuned for more dirt as it is unleashed….