OFFICIAL: ‘Dexter’ Renewed For Seasons 7 and 8 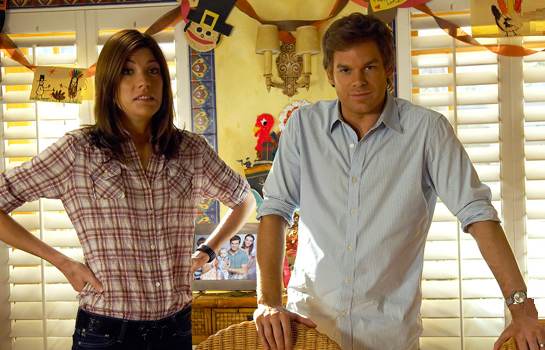 “Dexter’s enormous success is a real tribute to the great achievements of its cast, producers, and the powerhouse performance of Michael C. Hall,” said Nevins. “The series is bigger than it’s ever been in its sixth season, both in terms of audience and its impact on the cultural landscape. Together with Michael, the creative team on the show has a very clear sense of where they intend to take the show over the next two seasons and, as a huge fan, I’m excited to watch the story of Dexter Morgan play out.”

Michael C. Hall says, “On behalf of the entire Dexter family, we relish the invitation to delve ever deeper into Dexter’s world.”

Congrats to the whole cast and crew!  We are very excited for the next chapter in Dexter’s life.