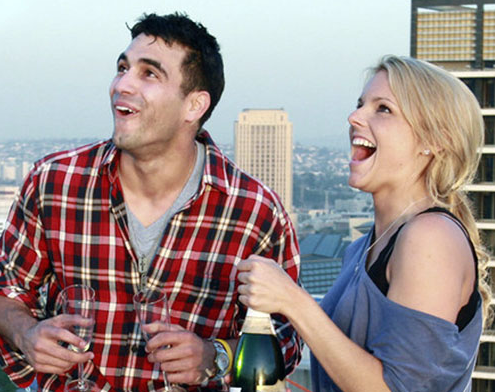 We’ve been waiting for this headline, haven’t we?  Bachelorette couple, Ali Fedotowsky and Roberto Martinez have officially parted ways.  This has been in the works for a long time now.  We have watched them go from in love, to dodging the questions about the never-gonna-happen wedding, to plastering fake smiles on for the media….etc.

Ali and Roberto have been doomed and now it’s over.

Their rep confirmed the split to People saying,

“Ali Fedotowsky and Roberto Martinez have ended their relationship.  As they go through this difficult time, we ask that you respect the couple’s privacy.”

Sorry, but when you sign up to find love in the public eye, on TV, you’re going to have to deal with that same public eye when you split.  It’s part of the “deal”….

Better luck next time you two!

So now the question is, who will these two hook up with next?  You think it will be more Bachelor/Bachelorette peeps?