It’s ON! Kris Humphries is SUING Kim Kardashian For $10 Million 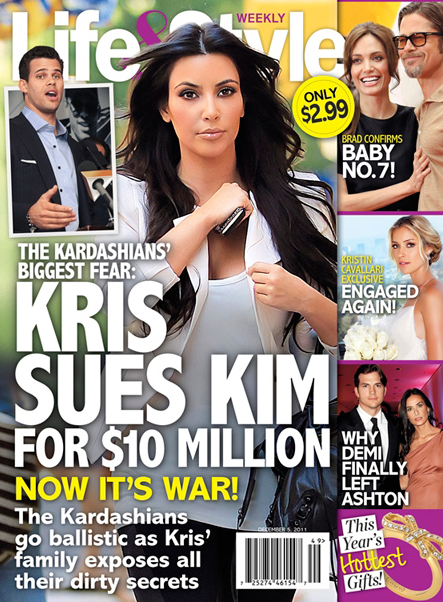 Ouch!  And we thought that this divorce was cut and dry.  We thought that is was going to be pretty simple since they already have their 30-page prenup.  Well, such is not the case.  So where did this lawsuit come from?  Well, it turns out that Kris Humphries is actually a horrible monster.  At least according to the Kardashians.  Kim Kardashian apparently had really good reasons for the divorce and they is all going to be aired out in the new season of Kourtney and Kim Take New York.  It premieres it’s second season on Sunday, November 27th.

According to the insiders at Life & Style,

“Kris has a legal team investigating his options.  He’s claiming his role on Kourtney & Kim Take New York is bigger than he was told, and that’s why he wants more money. But Kris is also suing because he’s really worried about how badly he’s going to be portrayed on the series.”

“Midway through the season, Kris starts bullying Kim’s best friend, Jonathan Cheban, about his sexuality.  Jonathan isn’t gay, but Kris accuses him of being gay and criticizes him for it in a really homophobic way. Jonathan is really upset.  Kris used the word ‘gay’ as an insult, to try and hurt Jonathan.  He’s the lowest of the low bullying someone like this.”

Whoa!  Yeah.  This is going to get really, really ugly before it gets better.  Kris is trying to damage control with his lawyers behind him, attempting to get some of the footage banned from being aired.  Yeah, good luck with that.  you know he signed a waiver.  He’s screwed.  So if Kris Humphries really is as bad as the Kardashians are saying he is, we will all see the truth in a few days.

Talk about a ratings booster!  This is going to be a huge night on E!