The Art of Being a Celebrity Baby 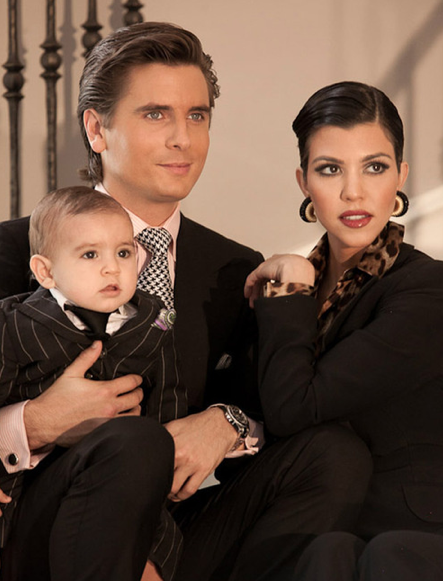 Man, it would be so rad to be a celebrity baby. Can you imagine getting to do cool stuff all day long with your famous parents, all while wearing the latest styles and learning all about Scientology because Will and Jada told you to? I can seriously think of nothing better. I want to come back as a celebrity baby in my next life because in the four hours a day that I’m actually with my Mom and Dad and not the team of nannies, I can manipulate them to give me whatever I want! I’ll be so completely spoiled, it will be amazing. And seriously, if Salma Hayek is my mom, the breast feeding would be epic! Here is a small list of celebrity kids I would totally come back as:

Can you imagine being the adorable offspring of Kourtney Kardashian (the hot, stable one) and Scott Disick (strong hair lined clothes horse). Seriously, check out how happy this kid is. Rocks designer duds all the time, sports $150 toddler glasses, gets to go on ridiculous Kardashian vacations to Bora Bora and hang out with Lamar Odom when he’s actually in town. Also, his father does some sort of actual “work” that I can’t figure out, so we’ll be guaranteed to be super wealthy. Also, my own father is emotionally and mentally a child, so we’ll probably end up on a reality show of our own in few years. For this to happen, however, I would need to make sure I end up with Kourt’s husky voice and not his high-pitched whine. I really don’t want to punch myself in the face.

This situation would be amazing. SJP didn’t even squeeze us out of her own body. Instead, she paid some lady to do it for her! And forget about getting any actual parenting. We’re going to spend nothing but sweet, sweet time with our nanny. Because let’s be honest, Sarah Jessica and Matthew really only have kids to stay relevant and for the photo opps. Which is why we’re so well dressed and stylish. The only downside would be having to spend time with the first-born, James Wilkie. He’s sooooo boring.

The epitome of spoilage. Not only can I fall back on my incredibly good looks when acting doesn’t work, (Jessica Alba + Cash Warren = looks that could have been created in a lab built for beautiful people) but I get to wear expensive clothes and carry ridiculously pricey toddler purses on my way to get a manicure with Mom. You know, just having some Mommy/Daughter/Nanny time, nothing to see here. Never mind that my scarf and shoes both cost about the same as your Nissan payment. And, as we often say in Hollywood: “wear it once, then throw it out.” Because everyone knows that once the paparazzi have snapped you in it, you simply CAN’T wear it again, even if you’re three. The only downside to being a Warren is that with a new-ish baby around, I wouldn’t get all of the attention. But instead I would probably receive all sorts of gifts to make up for the new kid.

I would be in celebrity toddler heaven here and I would lord over every other celebrity baby in the world. If I were Skyler Zoe, not only would I have a stripper’s name, but I would for reals have some of the most stylish clothes of any other baby anywhere. Just take a gander at the cream loafers that I’m working right here. Loafers! My bare feet look like loaves of bread and Mom is totally throwing me into loafers. Also, I only wear hats that are either completely avant garde or that could be featured in a Vogue fashion shoot. But don’t worry, I get these threads for free and Mom assures me that she gives them to homeless kids when I’m done with them. The great thing is with no real male role model around, I already have a built in excuse for when I end up drunk at the In ‘n Out Burger in Barstow when I’m twelve. Also, I’m kind of worried about how boney her chest is getting. She should really eat a burger.

Look, I know this is just a pipe dream because he’s total careful about these types of things, but if these two kids ever mess up and have one of their own, I would totally want to be that kid. I would be tall like Mom and she could teach me how to take a fake punch from all of her years in the wrestling ring. And even though Dad is super old, I’ll be able to charm the pants off of my fellow pre-schoolers with ease. Summers at the Tuscan villa, winters spent helping him direct films, and I would for sure get to hang out with Ryan Gosling, Brad Pitt and other generally attractive people. He’d probably even let me get a latte every week. I can think of nothing better.