NBA NEWS: 2011-12 Season To Begin on Christmas Day, Lockout is OVER – Details 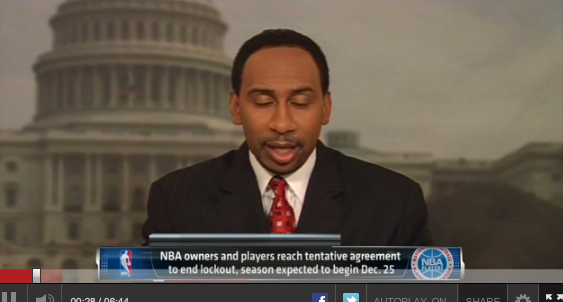 It’s all but… signed.  Ha!  Well, it’s going to be signed.  The annoying NBA lockout is about to be officially over.  Thank God.  Not that I am jonzing for an NBA game in the middle of the NFL season, but I am mostly just sick of hearing about the lockout.

There is a tenetive agreement in place and it will hopefully become a permanent one in the hours ahead.

The plan is to have a 66 game season that will begin on Christmas Day.  Free agency and training camps are slated to begin on December 9th.

Is it just me?  Or is the greed of the entire 149-day lockout leaving a sour taste in our mouths as a whole for the NBA?