Dr. Conrad Murray Gets His Sentence 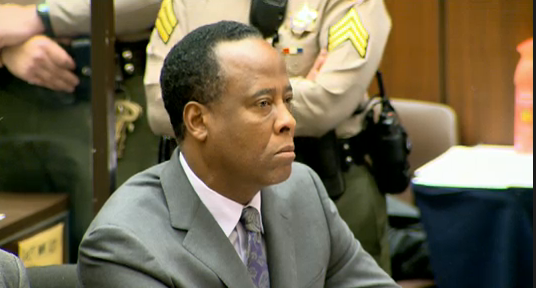 Dr. Conrad Murray went before the judge this morning to receive his sentencing after being convicted of the involuntary manslaughter of Michael Jackson.  Going in to today, we already knew that he would be getting a weak sentence thanks to the overcrowding laws, etc.  MJ’s family and fans wanted Murray to get a harsh sentence.  Years behind prison bars.  Of course, that was never going to happen.

So what did Judge Michael Pastor decide was a proper sentencing?  The sentencing is taking place currently.  As soon as Pastor gives his decision, we will update!  So keep refreshing!

UPDATE: Dr. Conrad Murray got the maximum sentence of 4 years in the Los Angeles County Jail.  His request for probation was denied.  Nothing big.  He has to submit specimens of hair, blood, urine for the law enforcement database.