See Ashley Greene on ‘Pan Am’ Plus Other Casting News! 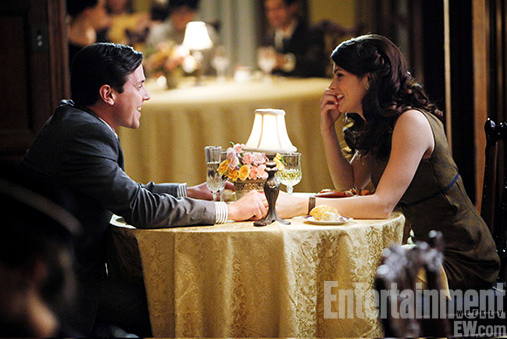 If you love Ashley Greene following her role as Alice Cullen in the Twilight Saga movies and you are loving the new TV show, Pan Am like I do… then this is your lucky day!

Ashley is going to be on Pan Am for three episodes.  Her first episode will be on December 4th, titled “Kiss Kiss Bang Bang”. She will play Ted’s friend, Amanda.  They have known each other since they were kids.

Ashley talked about the role saying,

“Their fathers are very good friends and [she] may or may not be romantically interested in him. But she definitely has a twist. I feel like all of the characters have a twist, and so it was a very interesting character that I haven’t done yet.”

I can hardly wait!  She is going to be perfect on this show!  I hope that the three episodes turn into more!

Okay, the other casting news.  Mad Men’s Darren Pettie is going to be a regular on the show!  His character will that of the “ultimate sky god” as a former WWII pilot named Vince Broyles.  His war resume gets him access to the Pan Am aircraft and you know what that means… there will most definitely be an issue or two arising between he and Captain Dan Lowrey.

Check it out on ABC!