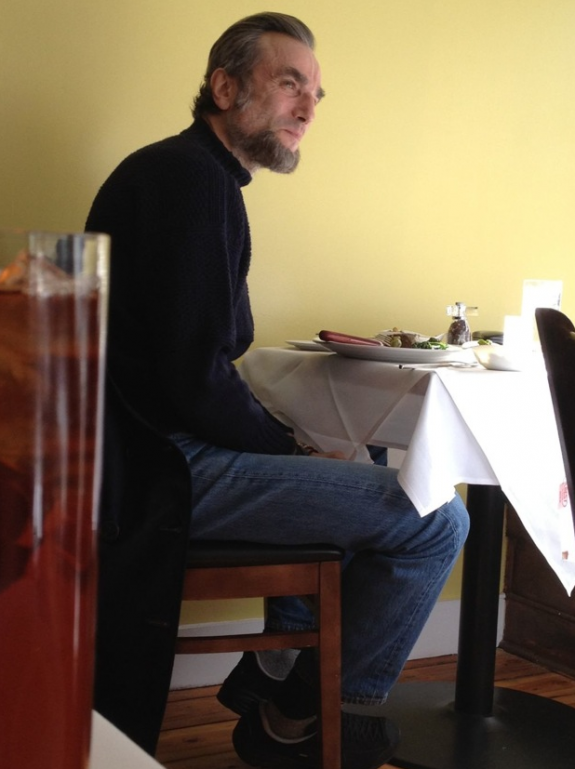 The first look at Daniel Day-Lewis as Abraham Lincoln is here.  Are you impressed or what?  I had a feeling that he’d be able to pull off the look pretty well, but look at him even without the hat!  This shot is actually from a break from shooting.

The movie, Lincoln is currently shooting in Virginia and it boasts an amazing cast including, Sally Field as Mary Todd Lincoln, Joseph Gordon-Levitt as Robert Todd Lincoln, Tommy Lee Jones as Thaddeus Stevens and John Hawkes as Robert Latham.

The Steven Spielberg drama is set for release sometime in 2012.  We will keep you posted!