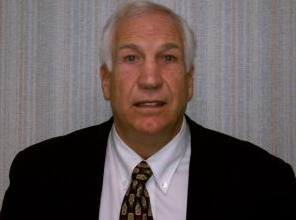 As if this story couldn’t get any worse.  Former Penn State coach, Jerry Sandusky has a new victim coming forward.  This is not ont of the eight that have already been been included in the grand jury report.

The fact that Sandusky still claims to be innocent of all of these crimes sickens me.  I can’t believe that he is still a free man.

“I don’t want other kids to be hurt and abused by Jerry Sandusky or anybody like Penn State to allow people like him to do it, rape kids!  I never told anybody what he did to me over 100 times at all kinds of places until the newspapers reported that he had abused other kids and the people at Penn State and Second Mile didn’t do the things they should have to protect me and the other kids.”