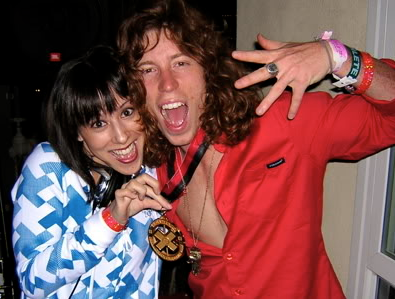 Snowboarding champ, Shaun White is the latest celebrity to join the nude photo scandal club.  Yep.  He did it.  Not by choice of course.  How did it happen to this pipe dominating stud?… hahahaaa!  Yes, I just said that.  Well, Shaun was getting his party on at a hotel in 2009 right before the Winter X Games and well, form the sounds of it, he had a few too many and lost any good judgement he would normally have had.

There were a lot of people there snapping photos of Shaun and some random, sexy blonde making out.  Then the next round of photo taken involved the two of them, nude, in the missionary position…. and Shaun was working it for the camera!  Yeah.  Total, epic FAIL.

His people tried to remove the evidence and have people delete the pics.  But they clearly did not complete that task because the photos are being shopped around right now and there is nothing they can do about it.

Shaun’s rep has refused to comment on the situation.  I mean what he say anyhow?  Poor judgement?  Yep.  Pale as hell?  Yep.

Well, I don’t know how many people actually want to see these pics.  But, we will keep you posted once the leak occurs.