‘X Factor’ Love Is In The Air! Guess Who’s Hooking Up?! 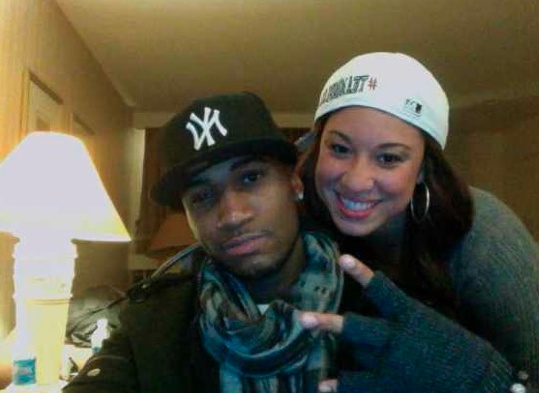 She might just win The X Factor, but Melanie Amaro has already won in love.  Source have been spilling the beans to the New York Post’s Page Six and it’s good!  Amaro has been hooking up with Stereo Hogzz’s lead singer, Trace Kennedy.  Remember they were eliminated earlier in the competition.

“They kept it secret at first, but they have been getting close, since Trace has been staying in LA to work on his music, while she is there for the show, and they’ve been hanging out more. Melanie has been telling all her friends what a great guy he is . . . Trace immediately liked Melanie when they met, but she was pretty shy, and it took a while for them to get together — now they are together all the time, and he’s being so supportive for her now as the competition on the show heats up.”

They even took this photo (above) and posted it to Twitter… so it’s not like they are trying to keep their relationship a secret or anything.

…No wonder Melanie has been beyond beaming on the show lately!  She’s in love!

Congrats to the cute couple!