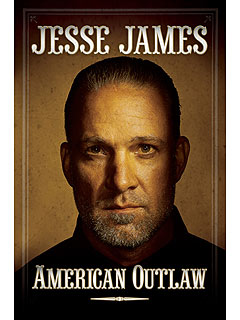 This guy just doesn’t want to redeem himself, does he?  What I wouldn’t give to meet him in a dark alley.  Wow.  Jesse James has done it again.  He’s gone out of his way to rip on his gorgeous ex-wife, Sandra Bullock.  This time he did it on the show, American Chopper: The Build-Off.  As if he has many fans left, he took it upon himself to “apologize” to his fans for failing them….. sort of.  And of course he had to include a bit of trashing on Bullock.

Kat Von D: “Jesse James Cheated On Me With 19 Women”

“I became a big shot and married some Hollywood actress and didn’t talk to anybody anymore, so I feel bad. . . I feel obligated to reconnect with all these people and show ’em that I’m still the same fabricator motorcycle guy. I’m not what I became.”

And you know what?  Sandra won’t even acknowledge that horrible reference.  But, you know that had to hurt her “quietly.”  To be married to someone and have them do all of the things he has done to her.  She is such a class act.  Can you imagine the dirt she has to write a tell-all book on that scum?