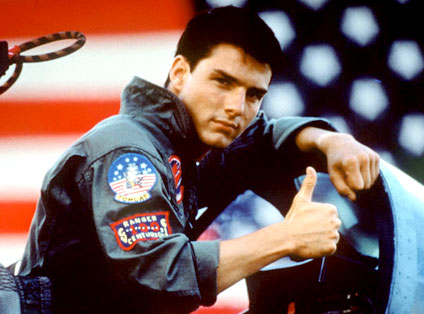 Now this is a long overdue sequel I can get excited about!  Top Gun came out in 1986 and forever changed the way we look at the Navy.  It’s got more sex appeal that a strip club ( in my opinion).  Seriously.  Who doesn’t want to take a “ride” through the Navy?

Tom Cruise is hinting a bit at the fact that there is a sequel in the works.  Yes, Top Gun 2 baby.  It’s coming.

After Cruise’s latest flick, Mission Impossible: Ghost Protocol, he’s earned his badass/sexy points all back.  We are back on the Tom Cruise hot train… join us!

See what he had to say about it to MTV below: