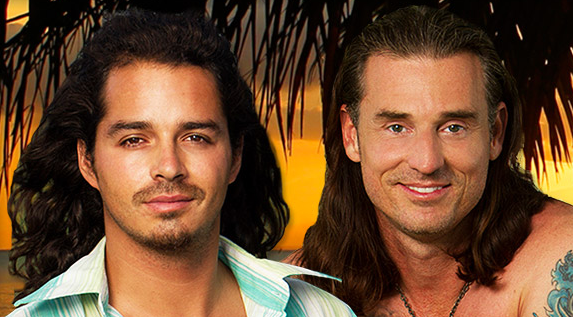 This has been a crazy season on Survivor South Pacific.  Finally tonight, we get to see who wins the title of sole Survivor and the million dollar prize.  Will Ozzy finally get his win?  Will Coach pull it off?  Who’s even going to be in the final three?

I can’s wait to see!  It’s going to be a crazy showdown!  I have a gut feeling that is telling me that Ozzy is the winner.  He will definitely make it into the final three.  And I just can’t see him not winning.  The guy is a SURVIVOR.  I am personally going for Coach though.  He’s kept it together so well all season, he’s earned respect all around from his tribe mates and I have seen him in a whole new light this (3rd) time around.

UPDATE: In a shocking turn of events, Sophie won the final immunity and they voted Ozzy off.  So it was Coach and Albert sitting next to her in the final 3.  The jury enjoyed ripping them apart, and in the end, Sophie beat our Coach for the title and $1 million.  Ugh.  Lame.  She didn’t deserve it.  Ozzy or Coach should have gotten it.  Albert didn’t get a single vote.  I did enjoy that part.  Ozzy of course won the fan favorite prize of $100,000…. so a little consolation there.

Also a bit of a surprise, Russell Hantz ripped apart his nephew, Brandon Hantz.  I actually thought that Brandon deserved it.  I mean, that guy isn’t right in the head and what Russell was saying was totally true.

Anyhow, it’s time to look forward to the next season of Survivor…. ONE WORLD.  It premieres in February.  Can’t wait!