Adam Lambert Arrested For Being a Tool 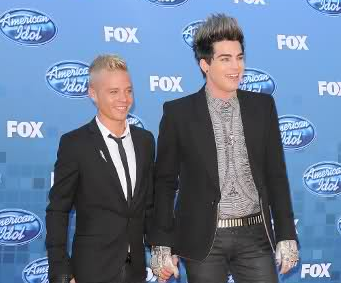 Adam Lambert and his boyfriend, Sauli Koskinen were arrested outside a gay bar in Helsinki, Finland after they got into a major fight.  They even got physical!  Oh my!  Those bad boys!  Good grief.  Seeing this report made me gag.  Why?  Because, what is this high school?  You don’t know how to behave in public?  You have to go out and make and @ss out of yourself in public?  Keep your fights behind closed doors.  All that did was bring negative light on yourself and make you look like more of a tool than you already are.

The duo was arrested and taken into custody.  They were questioned and released hours later. Yeah, the next headline will be about them splitting.  This one is doomed.