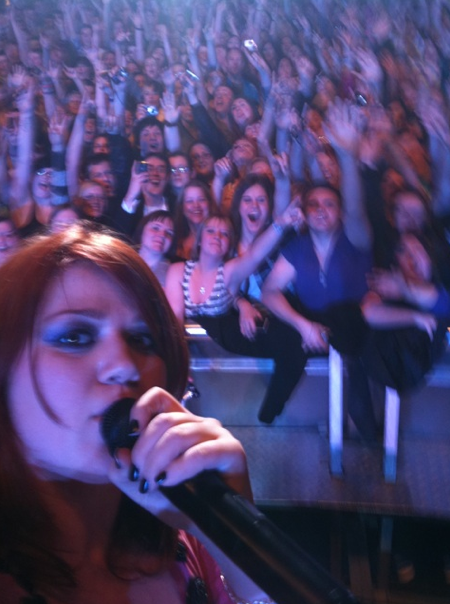 Yes. The sick world we live in has shown it’s ugly side once again. American Idol champ, Kelly Clarkson has been getting attacked on her Twitter page for stating that she supports Ron Paul for president. Apparently those who don’t like him feel that it’s okay to attack those who do. Everyone is entitled to their opinion and they have the freedom of speech. But why stoop to low levels and throw hate at someone for something like this.

Here is how Kelly responded:

“I love Ron Paul. I liked him a lot during the last republican nomination and no one gave him a chance. If he wins the nomination for the Republican party in 2012 he’s got my vote. Too bad he probably won’t.”

“I am really sorry if I have offended anyone. Obviously that was not my intent. I do not support racism. I support gay rights, straight rights, women’s rights, men’s rights, white/black/purple/orange rights. I like Ron Paul because he believes in less government and letting the people (all of us) make the decisions and mold our country. That is all. Out of all of the Republican nominees, he’s my favorite.”

“Man my eyes have been opened to so much hate tonight. If y’all ever disagree with something I say please don’t feel the need to attack me. I will listen to what you say and any articles or viewpoints you have when you say it with respect. Being hateful is not a healthy way to get people to see or hear you. I was raised to respect people and their decisions and beliefs and I hope you will grant me the same decency. If you don’t agree with me simply unfollow me. It’s really that easy. I hope you don’t because I would love the chance to hear what you have to say but if you’re so blinded by hate you can’t seek peace and progress then that is your unfortunate prerogative.”

What do you guys this?  Are the Republican haters really going to attack every Republican who supports a candidate?

Jen26 posts0 comments
You might also likeMore from author
Celebrities