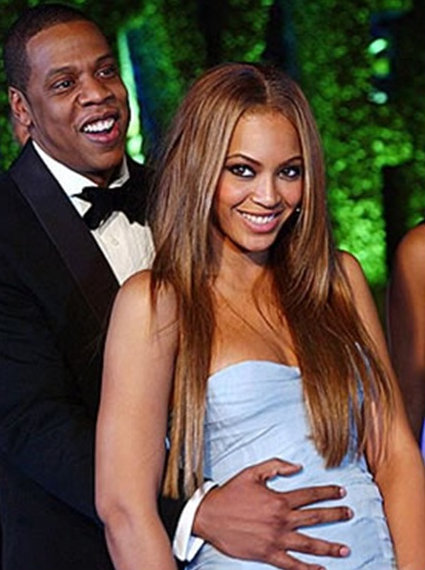 It’s breaking news ….. the world has been waiting and speculating like crazy about Beyonce and Jay-Z’s baby to be.  Well, it’s confirmed.  She gave birth to a baby girl and they named her Blue Ivy Carter.  Why on earth they went that route with the naming is beyond me. Were they watching The Smurfs when they thought up this name?

Blue arrived yesterday in New York City via c-section.  Mom and baby are doing great.  When she discovers her name, things might not be so great…. “no honey… not you, the blocks are blue…. no, you’re no blue, you’re Blue. ……”  Yeah, confusion.  There’s a word for it.

Congrats on the arrival… um, no kudos on the name.