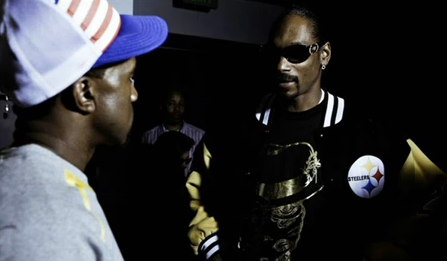 Yep.  It’s true.  Snopp Dogg was arrested for weed.  This is like a joke.  But it’s not.  He was busted in the same tiny Texas town that Willie Nelson was arrested in for weed on his tour bus.  Snoop has a prescription for the weed, but Texas laws don’t tolerate weed in there state no matter where you have a legal right to possess it.

Snoop’s tour bus was getting the usual border inspection when they found joints on the bus.

So, they gave Snoop a citation and he will have to face the music in court where he could end up serving a few months in jail.  But come on.  We know that ain’t gonna happen.

The headline is still making me laugh though.  Too ironic.