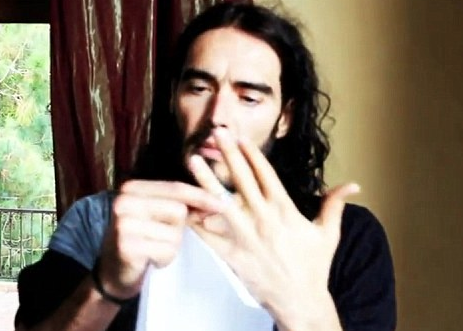 If you were at all curious as to who quit the marriage first or who was more responsible for the the demise of something we thought would have lasted… well, we’ve got the proof that it was Russell Brand who threw in the towel on his marriage to Katy Perry.

The video below is from NOVEMBER… this was two weeks after their first anniversary and a couple months before the split was announced.  In the video Brand says,

“I am going to meet people from sororities and fraternities. I don’t know what a sorority is except for what I have seen on Nudevista – that they are sort of sex clubs for women.  A week of revolution and, more importantly, I am going to learn first-hand about sororities.”

He takes off his wedding band and says,

“I’m just going to place this somewhere very, very safe for the next week.”

So….. was he really the cheater we thought all along?  Watch the video and judge for yourself: