Avril Lavigne and Brody Jenner Are Over 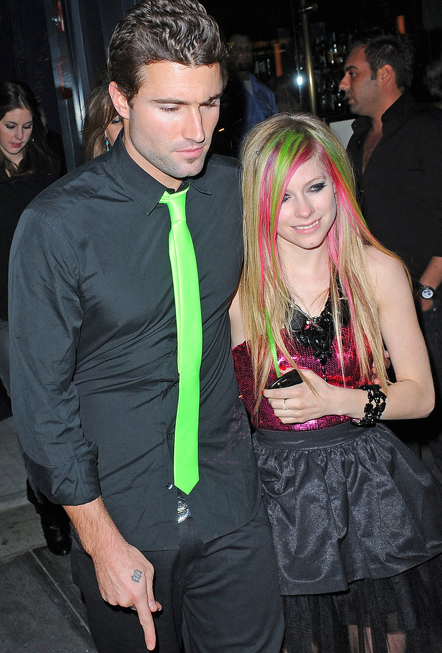 It’s the end of the road fro Avril Lavigne and Brody Jenner.  After about two years of love, affection, and now regrettable tattoos together, they are going their separate ways. Sources revealed that,

“They decided to end their relationship.  It wasn’t working out, and they wanted to go their separate ways.”

Apparently she wanted to get married and he doesn’t want to settle down…. he’s a playboy… duh!

“She wanted to settle down, but he wasn’t exactly ready.  They had been having problems starting in the summer with her tour because she was on the road all the time.  It put a strain on their relationship.”

I am personally bummed.  I enjoyed seeing them together.  The unlikely, cool couple.