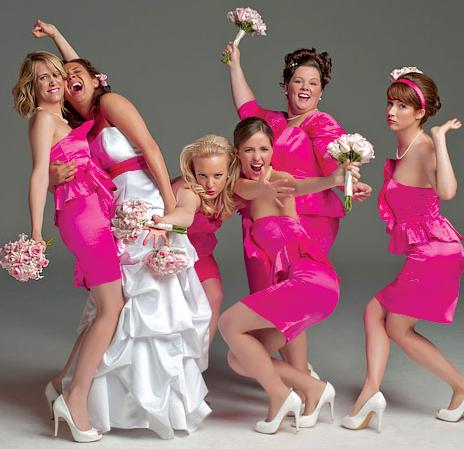 If you loved Bridemaids half as much as I did, then your day is about to be ruined too.  Kristen Wiig has set the record straight about an alleged sequel…. and it’s NOT happening….She tole E! at the Golden Globes,

“We’re not planning on doing one.  We had a special time making the first one, but we’re really excited to try something else.”

But, she and Bridesmaids cowriter Annie Mumolo are working on a new script,

Okay, so there’s a silver lining.  Maybe down the road they’ll change their minds about the sequel.