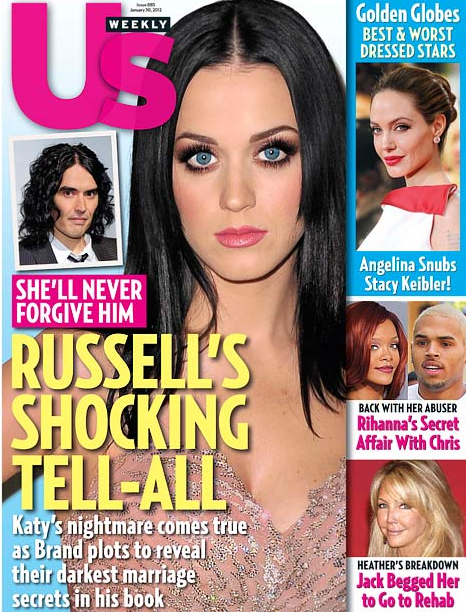 Katy Perry’s issues are just getting started.  Her soon to be ex-husband, Russell Brand is pulling out the big guns with an alleged tell-all book that will apparently unveil their ugly marriage.  Well that’s just about as classy as it gets.  Wow.  A pal told Us,

“Katy is insulted and feels betrayed that Russell has treated her so poorly.  She will never forgive him. Ever.  He’s being so atrocious that she feels like she never knew him.”

I wouldn’t forgive him either.  That’s about as mean and low as it gets.  I had a bad feeling when they tied the knot it wasn’t going to be a happily ever after story.
Continue Reading