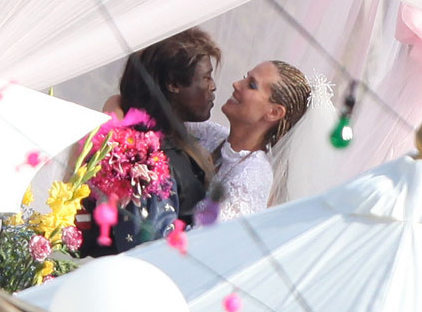 Oh brother.  This is a weird one.  Heidi Klum and Seal have been married since 2005.  Every year they have some crazy themed wedding on their anniversary to renew their vows.  They also share 3 kids and Seal adopted her oldest daughter.  To top things off, Heidi took on Seal’s last name, Samuel, legally.  Now she’s going to have to go through another name change because she’s filing divorce papers next week!

Yeah.  What?!  She is allegedly citing ‘irreconcilable differences’ because non one ever cites anything else.

Anyhow, what do you guys think?  Where did this come from?!