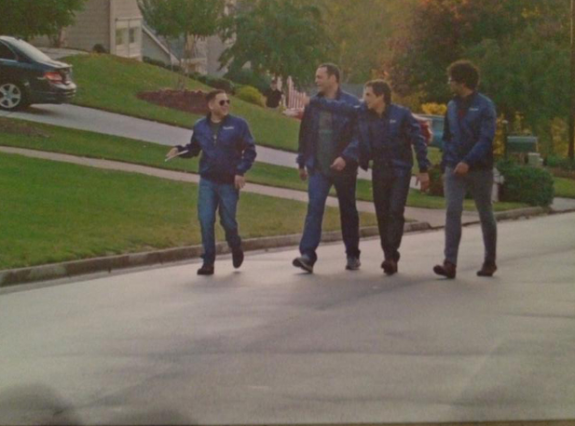 “Neighborhood Watch” is a sci-fi comedy about a suburban “neighborhood watch” group that serves as a front for dads to get some male-bonding time away from their families. The group finds itself in over its head when it uncovers a plot to destroy the world.

Jonah Tweeted the photo above with the caption:

Neighborhood Watch opens in theaters on July 27, 2012.  We will have a trailer up for you asap!

The Young and the Restless Spoilers: Devon’s Feelings Questioned – Did Nate…