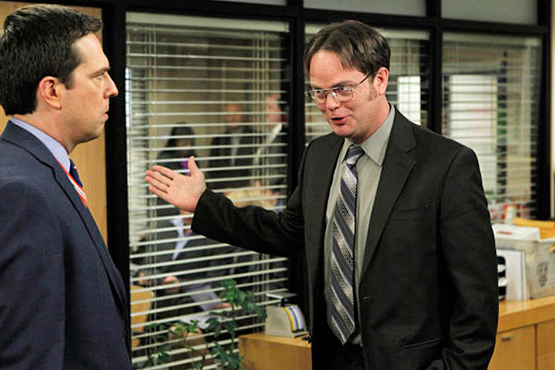 If you’re a big fan of NBC’s hit, The Office like I am, you’ll be thrilled with this news.  Dwight Shrute played by Rainn Wilson is about to get started on his own little spinoff down at the Schrute Farm!

Paul Lieberstein will be executive producing.  One source revealed,

“Paul and Rainn have been joking for years about Dwight’s life on the farm, his family and how ill-suited he is to run a B&B.  A while ago, it started to feel like a show to them. NBC agreed, it’s been further developed to include multiple generations, many cousins and neighbors. At its base it will be about a family farm struggling to survive and a family trying to stay together.”

How fun is this?!  I am excited!  The spinoff shoul start up in the middle of the 2013 season.  More details to come!