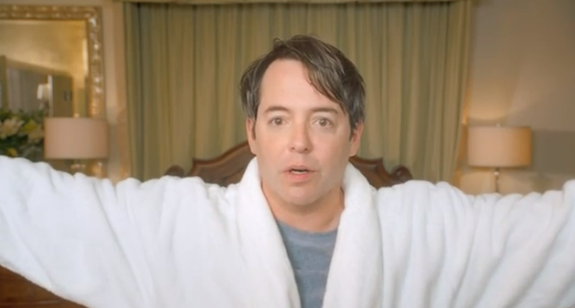 Only thing better?  A Ferris Bueller SEQUEL!  Probably not going to happen.  So we will make do with this ad for the Super Bowl.  Matthew Broderick, we love you.  The cherry on top?   Todd Phillips  (The Hangover) is directing it, so you know it’s going to be worth every penny/second.

“the spot [is] going to mimic much of the original film, except this time prominently featuring Hondas. The big jump the two valets do in Cameron’s dad’s Ferrari? We hear this time it’s going to be a Honda CR-V.”