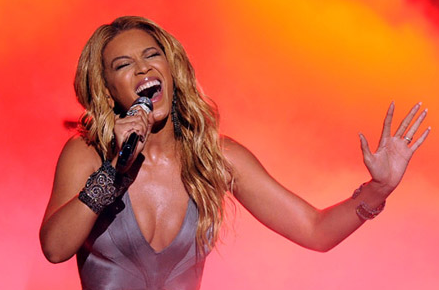 Oh. My. Word.  That is a lot of money.  This isn’t a confirmed report.  Just a new bit going through the rumor mill.  But wow.  I really wouldn’t be surprised.  Simon Cowell has allegedly offered Beyonce $100 million a year to be a judge/mentor on The X Factor.  That would make total sense.  He needs someone bigger than Jennifer Lopez over on American Idol.  And um, Beyonce would definitely fill that criteria.

As far as that paycheck…. why not?  Simon knows what he’s doing and I sort of think that Beyonce would be a fool not to take the gig.  THat’s huge money (like she needs it)… but more importantly, it will let her have a pretty mellow job while she’s spending the early years with Blue Ivy.

What do you guys think?  Good idea or not?  If it’s true, do you think she’ll take it?