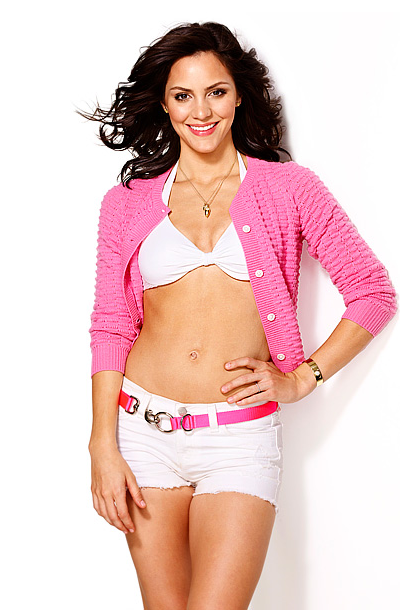 Rather than being simply known for her time on American Idol, Katharine McPhee is making a new name for herself as she stars in the new NBC series, SMASH.  She’s also gracing the cover of Self mag for the March issue.

Inside, Kat reveals her crazy workout routine under the guidance of her trainer, Oscar Smith.  It’s a one-hour plan that burns 800-1,000 calories per session.  Yikes!  She begins with a five-minute warm-up run on the treadmill at 6 mph, followed by total-body stretches to loosen up. Next, she does 10 jumping jacks and 10 push-ups. She then begins an upper-body circuit using 5-pound weights, performing 10 one-arm rows, 10 lateral side rises, 10 front raises and 10 bicep curls to an overhead press.

Then she does five push-ups and five burpees, followed by 30 seconds of alternating jump lunges. She then runs up and down a flight of stairs twice. Then she pedals on a stationary bike for five minutes at resistance 10 or 15.

OMG.  Could you handle all that?!