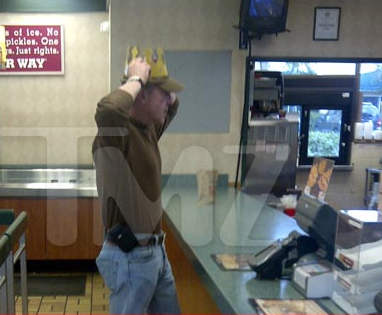 Um, what?!  Yeah.  Weirdness.  Lindsay Lohan’s troubled father, Michael Lohan just filled out an application at a Burger King in Palm Beach and he might just be flipping burgers there in the next few days.  So yeah, you’re wondering why on earth he would work in the fast food industry?  Well, he just moved into a halfway house and his counselors told him to pass his time by working at a real job.  He will be released on March 16th, so that isn’t much time to pass.  I’d much rather lay on the beach, wouldn’t you?