Kim Kardashian and Reggie Bush Heating Back Up?? 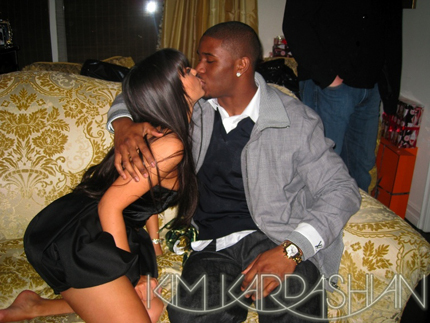 Could it be?  Not like we’d be surprised to see Kim Kardashian and her old love, Reggie Bush back together.  We know that flame never really died out.  Some close sources to the situation reveal to Us that Kim and Reggie met at the Beverly Hilton a couple of y ago for lunch, and they greeted other with a kiss.

“They were catching up and laughing a lot.”

“Reggie and Kim have been talking since she split with Kris.”  Reggie is   “comforting to her,” the source says. “But they are trying to be private about it.”

I think they are going to be officially back on as soon as Kim feels publicly safe about it.  But with Kris Humphries allegedly suing and attacking her, I am sure she wants to appear single for now.