Nick Jonas is Back on the Market 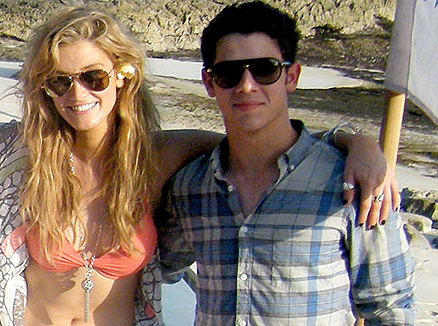 Nick Jonas (19) is single once again.  He and Delta Goodrem (27) have parted ways after nine months of dating.   She confirmed the news to the press via her rep manager,

“Nick and Delta have decided mutually to end their relationship.  At this point in time, they are both focused on their careers as they go on different paths. They remain friends and wish each other the best for the future.”

Right now, that age gap is huge.  Not too surprised by the split.  Maybe she wanted to go clubbing and his fake ID wasn’t working?

SO who is next on NIck’s list?  Drop your suggestions in the box below!