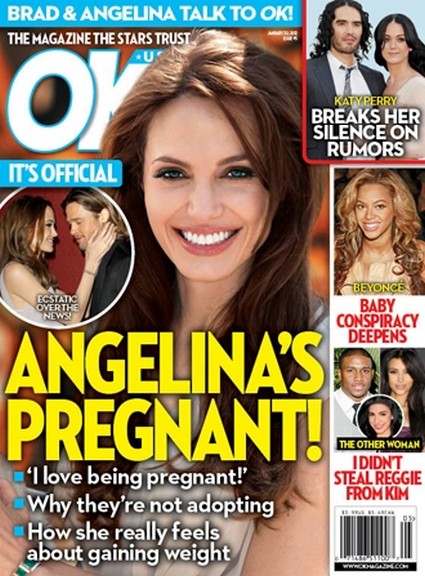 Angelina Jolie and Brad Pitt’s 10-year-old son Maddox Jolie-Pitt asked Brad who Jennifer Aniston was and that started a ferocious fight between Hollywood’s top couple.  When the dust settled after Brad spilled the details of his past with Jennifer, Angelina cancelled their wedding plans!

OK! reports: It began innocently, when Maddox came across an article about Jennifer Aniston. Curious, the couple’s eldest son, 10, asked his dad who she was — and Brad told him. “Brad didn’t realize that Angie was home, and so he basically just told Maddox the truth: that Jennifer was a woman he loved very much and was once married to,” says the source. “But that’s when Angelina walked in.”

The actress, 36, was livid with Brad, 48, for a number of reasons. “Brad thought he had taken all necessary precautions and never suspected the kids would learn about his past by coming across a story about Jennifer,” says the insider.

Perhaps Angelina is just too envious to handle Brad’s past.  Not that hers was any less active!