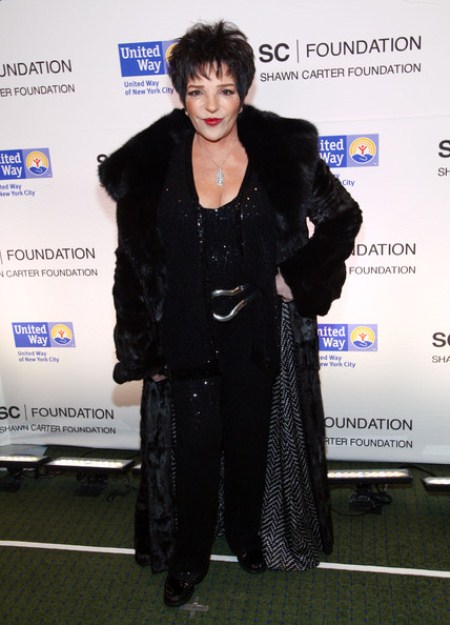 Liza generously wants to help out Beyonce with her one-month-old daughter however she can. Of course given Liza’s past history of drinking and drugging she might not be the very first person that Blue Ivy’s parents will choose to mind their precious little one.

MORE: Beyonce’s Parents Tell Her and Jay-Z To Shut Up About Blue Ivy

A source told The National Enquier:  “Liza’s been giving Beyonce tips for the film and they’ve become very close lately. Liza has also grown attached to Blue Ivy and offered to look after the little girl any time.”

“Beyonce politely told Liza she may take her up on the offer, although that’s unlikely to happen because she’s hired several nannies but hardly ever leaves her daughter’s side.  Liza has been showering Blue Ivy with gifts and Beyonce and her husband Jay-Z have been left astonished by her generosity”.

“Generous Liza bought Blue Ivy a decorative solid gold bottle and a bunch of other presents that blew her parents away.  Liza always wanted to adopt, but sadly that never happened so she lives vicariously through other people’s kids.”

Can’t blame Blue’s parents if they decline Liza’s kind offer to babysit. What do you think? Would you allow Liza to mind your children? Let us know in the comments below.