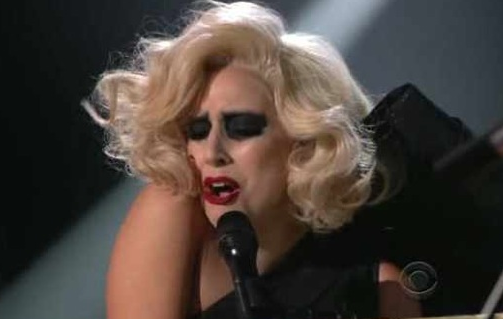 This year could be the last time Lady Gaga goes on tour before she prepares herself to have a family with boyfriend, Taylor Kinney. The couple who have been dating for nearly 8 months are said to be head over heels in love with each other and can not wait to start a family together, according to Taylor’s family. Kinney’s aunt, Kathryn Loh spoke to The Daily Star Sunday on how she feels about about her nephew dating the most powerful woman in music:

“There’s no doubt he loves her and she loves him. Now everyone’s met her, we love her too! They are perfect together. I’m so glad we got to meet the woman behind all the make-up and the outfits. She’s very well-spoken and down-to-earth. She’s basic – a sweet, normal, healthy person.”

Gaga has since been rumored to be launching her own baby clothing line called ‘Gaga Goo Goo,’ which hasn’t been confirmed yet though but it would make sense considering that she’s thinking about having her own children sometime next year. A source close to the singer added the following:

“Both families are happy and she’s already doodling baby names on scraps of paper. She’s been bragging about how beautiful their children will be because Taylor is so handsome. She wants everything with him – love, marriage and a family. But she’s set on becoming a mother before they think about anything else and she’s talking about giving birth in the next year.

“You know this is the real deal because she never talked about babies when she was with her long-term ex-boyfriend Luc Carl. With Taylor, that’s all she talks about now.”

Meanwhile, The Grammy winner has released pictures of her stage set in preparation for her upcoming Born This Way tour, starting in the summer. She and Madonna – who is currently promoting her newest album, MDNA – will be taken the big arenas throughout June, July and August.