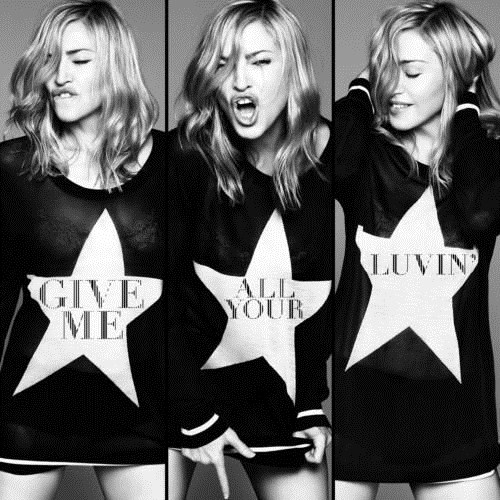 Madonna‘s latest toyboy seems to have taken the name of her single Give Me All Your Luvin’  literally. 24 year old Brahim Zaibat has asked Madge to be his wife. The shock proposal catching the mother of four off guard.

The 53 year old has been seeing Brahim – a dancer –  for a while and all was going well until three weeks ago. That’s when he popped the question according to the Daily Mail. Where did it happen? At the Kabbalah Centre in New York. Everyone was kind of taken aback by his proposal so soon in the relationship.

Despite hooking up with hundreds of men over the years Madonna doesn’t take marriage lightly.  She’s only walked down the aisle twice. Her ex husbands are Sean Penn and Guy Ritchie. They of course ended in divorce and she doesn’t want to go through that again. But maybe getting older will make her rethink marriage. A source has told the paper ‘Madonna has a real fear of being on her own. It’s a major issue for her, and she loves having a man in her life who is young and makes her feel young.’

Brahim obviously missed the interview where she announced wedded bliss was not on the cards. She revealed she’d rather be run over by a train than get married again.

So 2012 is shaping up to be a massive year for Madonna. She’s already triumphed at the biggest sporting event on the US calendar Madonna Super Bowl Gallery Now she’s focusing on the release of MDNA at the end of the month and her World tour. I don’t know where marriage will fit in!