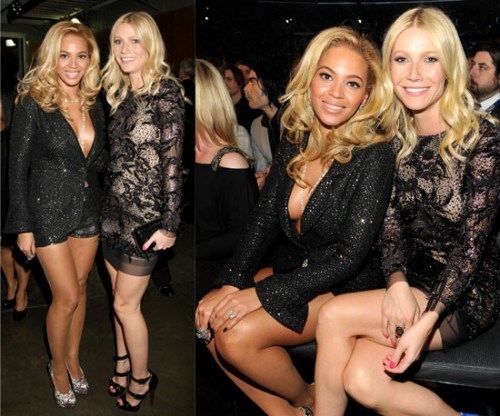 Beyonce and Gwyneth Paltrow are BFFs. So it makes sense that the two are planning a holiday together in Europe with their kids. So where are the superstar pair headed? The gorgeous Tuscany in Italy.

The Crazy In Love singer and Blue Ivy Carter will enjoy some time away from the paparazzi with Gwyn, daughter Apple Martin and son Moses Martin. So what are the group going to do on their getaway? Yoga! A friend has told The Sun ‘They’re planning daily yoga sessions at a private five-star villa, which has its own pool. Beyonce has been taking her daughter Blue Ivy to baby yoga classes after Gwyneth recommended it, so they will spend some of the holiday doing that.’ Gwyn is certainly looking amazing these days thanks to her healthy lifestyle – Check out Gwyneth Paltrow For Harper’s Bazaar

Bey and the Oscar winner are on their own for a couple of months because Jay Z and Chris Martin – lead singer of British group Coldplay – are busy touring. So Gwyneth suggested they pack up the children, get out of the US and spend some quality time together. Beyonce wants to get back to work soon but is keen on having a break before bunkering down in the studio to start recording her next album. She also wants to bond with Blue before resuming her career.

We all know Gwyn is a budding chef – she even has her own cookbook – so she’ll be treating the five to a range of healthy dishes while they’re away. That’ll mean plenty of fruit and organic food. It should be a relaxing time for the stars and their children. I wish I was going along as well!