Mel B’s Family Worried About Her Health and Mental State, Reach Out To Her Through Twitter In Hopes To Reconcile 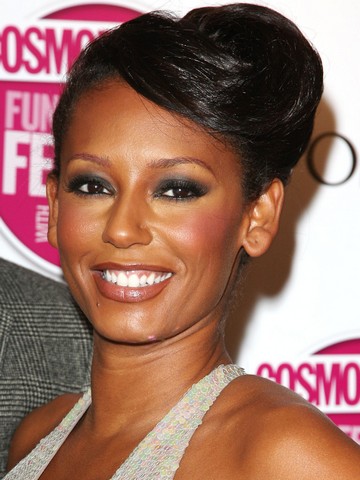 Former Spice Girls member, Mel B hasn’t spoken to her family in over two years because of the fact that they did not agree with her wanting to marry husband, Stephen Belfonte after her previous relationships turned out to be a disaster. Now, Mel’s sister, Danielle Brown has made the move to try and contact the singer through Twitter since they no longer have each others phone numbers.

Mel hasn’t spoken to her family in years and the baby girl she had 6 months ago has had no contact with them either and she doesn’t plan to do anything about it, according to sources. She’s still upset because they do not like Stephen and don’t want to be around him. Danielle wrote a dozen of tweets, tagged with her sister’s Twitter name in hopes to reconcile sometime soon:

“@officialmelb STRANGE to hear you,stephen and hacker all said money and fam dont mix.I am so worried about you melanie.”

“U also said the TRUTH ur fam never asked for money.”

“Its never about money you know this.all of us are worried about your mental state and are the kids safe???

“so painful to hear my niece is suffering + mum and dad…Enough is Enough we need a PRIVATE family meeting.you me mum and dad No Film crew no cameras and NO STEPHEN,R THE KIDS SAFE?”

She later told her followers: “Before any of you start.BELIEVE me the Whole family have tried in every possible way.She only responds thru the media SAD but TRUE,Im HONEST.”

Mel B hasn’t replied to any of Danielle’s tweets as of yet but according to OK! Magazine, she gets teary eyed every time she reads the tweets that her sister is sending her. This hasn’t been the first time a family member reached out to her via Twitter.