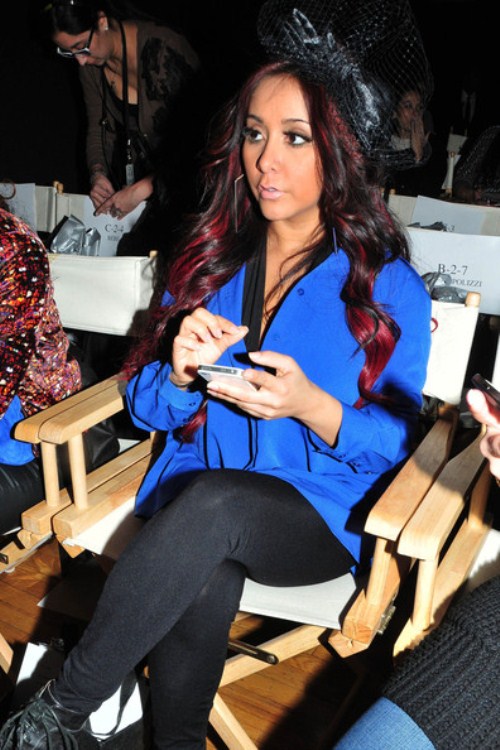 Jersey Shore’s Snooki, 24, is expecting her first child with Jionni LaValle and has now agreed to marry him and the pair are very excited about their happy news.

A source confirmed the engagement to People and the pair are already believed to have started planning their nuptials.   The Snookster has known Jionni is her ‘Mr Right’ for some time and even predicted he was going to propose to her.

Speaking in January, she said: “I know he’s the one so I know the ring’s gonna come soon. Well, not soon-soon. He knows it should be big, because if it’s small I’m saying no. Like, ‘Get another ring!’ “

Snooki is reportedly set to make a spin-off reality TV show about her pregnancy.  She and Jionni were photographed in Jersey City over the weekend, and the diminutive star got her beau to move boxes of her possessions into a home which she sharing with Jenni ‘JWoww’ Farley for the new series.

Although initially intended to focus on the two friends the MTV programme will chart Snooki’s journey to motherhood.