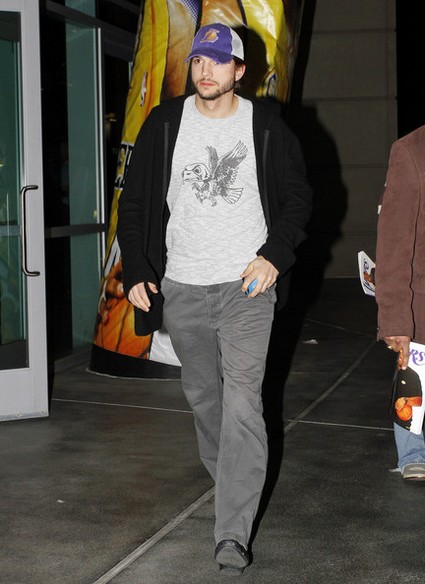 Ashton insists his relationship with the screenwriter is purely platonic, although according to RadarOnline.com they attended Madonna’s post-Oscars party together.  A source also claims the duo seemed to be romantically involved at a charity function on February 25.

A fellow partygoer told US Weekly: “They were affectionate. When they thought no one was watching, they held hands, and she rubbed his back and his neck.”

Meanwhile, Demi has returned home from a Caribbean break following her stint in rehab – where she reportedly received treatment for addiction and an eating disorder.

The 49-year-old ‘Ghost’ actress was photographed looking ‘tan and healthy’ as she boarded a private plan, according to TMZ.com.