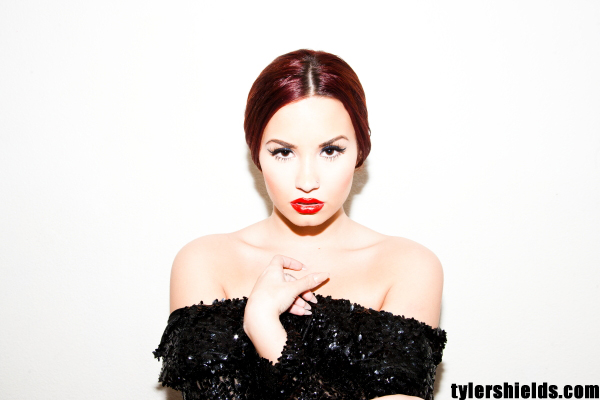 Demi Lovato has been through a lot these past two years – or in fact, all her life. She’s publicly admitted to have been struggling with an eating disorder since her teenage days and later spoke out about cutting herself due to emotional distress and depression she was facing from living in Hollywood where ‘all girls only eat salad for lunch’.

Lovato has since moved on and overcome her fears and struggles as she entered rehab and successfully completed her course. Now, MTV has approached her with an offer on a documentary show named, Stay Strong – not too much info has been revealed about the show but it’s supposedly going to document the painfully past Demi had gone through where she will once again address what had happened to her and when she got the help she needed.

Speaking to MTV News, she tells the story on having to be honest about her struggles in front of MTV cameras: “I was most definitely nervous about opening up to the cameras. And I was very hesitant to say certain things, but once I was around them for a while, I felt more comfortable and really opened up towards them.”

She continued: “My goals for my fans? It’s to really inspire people. That’s all I hope to accomplish. If there is a young girl at home dealing with the same issues that I’m dealing with, I want to be able to reach out to her and tell her that it’s going to be okay.”

We’re loving the idea of the show, it seems to come across in a very positive way to teens who adore Demi. We’ll definitely be watching and seeing what the show has to offer and hear more about Lovato when the show debuts March 6th.