Ashton Kutcher Done With Demi But Not With Rumer (VIDEO) 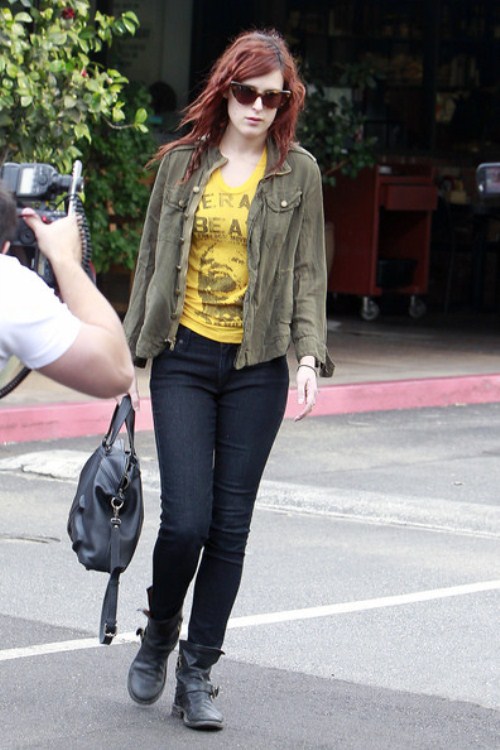 Ashton Kutcher has turned out to support Rumer Willis during a solo performance despite being estranged from Demi Moore. Does Rumer have a secret relationship with Ashton?

Ashton and Demi split in November after Sara Leal went public with his sexcapades in the hot tub. But Ashton provided a “confidence” boost for Rumer as she took to the stage at Los Angeles’ Sayers Club venue Tuesday.

TMZ had the exclusive video: Ashton Kutcher has not abandoned his surrogate family when his marriage to Demi Moore fell apart, because we got video of the actor front and center at a Rumer Willis concert in Hollywood — and who knew she could sing?

Rumer performed at The Sayers Club last night, and she’s pretty good. One of the songs she performed — “High Low Middle” — something that is probably a metaphor for her life in the last few months.

Although you don’t see Ashton inside the club while Rumer is singing, we’re told he was on his feet cheering her on.

A source who was at the event said: “Ashton came on his own and he was there from the beginning to the end. He provided a real cool, unassuming, supportive and stable presence for Rumer, who was obviously a little nervous.”

“Ashton and Rumer had a short talk before she went on stage and you could tell he was pepping her up and building her confidence and then when she started singing his whole face lit up. “

“He was obviously really, really proud of her and was smiling throughout her performance. I even saw him singing along at one point.”

The source added to RadarOnline: “As soon as Rumer finished she headed straight to Ashton. He gave her a huge hug and then they were huddled together talking for the rest of the night.”

“Despite what’s happening with Demi, it’s obvious he and Rumer are still very close, it was really sweet to see.”