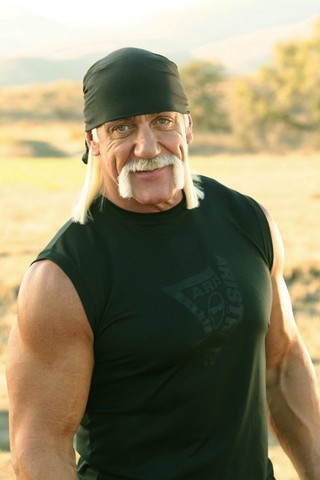 Say what???? Yup, you’ve heard correctly. Wrestler, Hulk Hogan has been making his camera useful for something… shooting sex tapes in his bedroom. It has been reported by Steve Hirsh – who owns Vivid Entertainment – that the company had been approached with a video that appears to show Hogan and a mysterious woman getting very intimate with each other.

It is unclear on who the woman in the tape is. According to sources, it’s not his ex-wife Linda Hogan nor his new spouse, Jennifer McDaniel which could mean that Hulk had been cheating on either Linda or Jennifer. DigitalSpy says the video goes on to unveil Hulk sporting a thong-shaped tan line and telling the woman that he had been working out again.

TMZ adds: In the clip, Hulk pulls his shirt off and brags to his companion, “I started to work out again.” Hulk then runs his hands through his blonde hair like he always does. Vivid has not yet purchased the video nor is it likely that they will knowing that people probably wouldn’t want to see it anyway. A representative for Hulk has yet to release a statement after declining calls for a comment on the story.