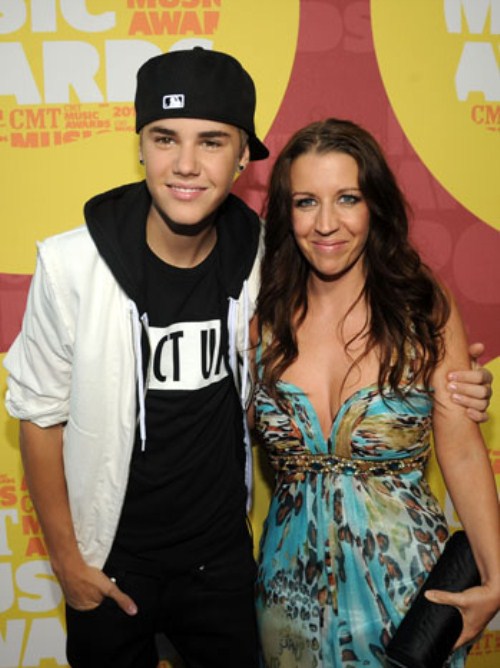 Another celebrity Mom is penning a tell all. This time it’s Justin Bieber‘s mother Pattie Mallette. The book will be called  Nowhere But Up : The Story Of Justin Bieber’s Mom and will be released in September. Pattie is promising a revealing look back not only at Justin’s childhood but her own troubled times.

Pattie might be living the good life these days thanks to the 18 year old’s mega success – but in the early 90s life was not so sweet. In the book she’ll detail how she felt ‘abandoned‘ and ‘unloved‘. Unlike her clean cut son, Pattie battled drug and alcohol addiction and even considered suicide when she was 17. She wants to show teenagers doing it tough that you can overcome any problem –  but you have to believe in yourself.

We know the readers digest version of her life – Pattie was 18 when she fell pregnant with Justin and for the most part raised him as a single Mom. But we’re now going to get the dark and sometimes painful truth about her struggles in this 288 page memoir co-written with A.J. Gregory.  But she’s doing it with Justin’s approval. He’s even going to pen the foreword.

Of course Pattie will also cover Justin’s rise to global stardom. How she uploaded his performances to YouTube and oversaw him go from bedroom singer in his native Canada to tween pin up loved and adored by girls all over the world. It’s been quite a ride for this very close Mother and son.

Her release means Pattie and Justin will be battling it out on the bookshelves later in the year.  The singer’s second book is also coming out in September  – it’s called Justin Bieber : Just Getting Started. It’s a follow up to 2010′s best seller First Step 2 Forever : My Story.

More : Justin Bieber and Selena Gomez Have Date At The Mall