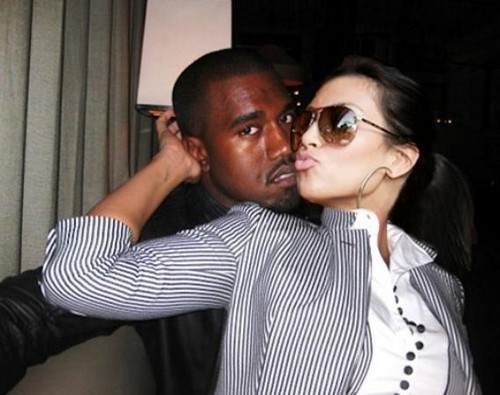 Kim Kardashian, 31, has called her friend, Kanye West a ‘genius’ for what he has turned his clothing line into. The fashion show which had celebrities such as Cassie, P. Diddy, Katy Perry and Swizz Beatz in attendance stood well with the reality-TV star who once had a fling with the rapper but never actually confirmed it. Kardashian added that the clothes that Kanye designs are exactly what she has been looking for to wear.

Kim,- who wore a pearl-covered Kanye West for Giuseppe Zanotti calf-leather heels at a price of nearly $6,000 – sat front row at yesterday’s show and was so amazed by the show that she exclusively spoke to MyDaily about the designs which left her stunned:

“I just love what he designs. Look at me, I’m dressed head to toe in his stuff. In my view he’s a creative genius, I think he creates beautiful clothes that women want to wear.”

Last year, Kanye’s ex-girlfriend Amber Rose revealed to tabloid papers that West had been cheating on her with Kim Kardashian which caused the couple to drift apart and eventually split up. Rose added that although she forgives Kim for sleeping with Kanye, she still remains to be a ‘home wrecker’ in her eyes.